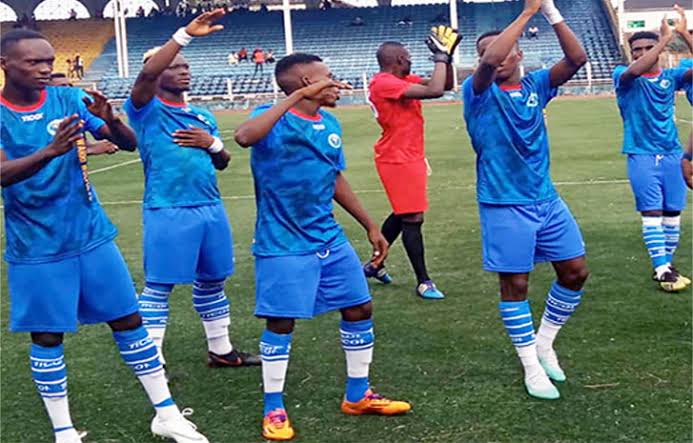 Following their relegation to the lower division of the Nigeria League, the management of Warri Wolves has tendered their apology to the fans of the club.

Warri Wolves suffered a torrid season spending larger parts of the season in the relegation zone and going into the final match day stand a slim chance of escaping the drop. And having failed to escape the drop, the management through its chairman, Moses Etu rendered apologies.

“The management team of Warri Wolves hereby tender an unreserved apology for its inability to maintain its status in the Nigerian Professional Football League, NPFL, at the end of 2020/21 season, the statement reads.

“First, the management team, led by Moses Etu, expresses its deep regret and apologies to the Delta State Governor, Dr Ifeanyi Okowa, who made everything available – as a result, the club is not owing a single kobo as salary at the end of Matchday 38 of the just concluded unfortunate season for us.

“The Management equally extends the same apology to the Executive Chairman of Delta State Sports Commission, DSSC, Chief Tonobok Okowa, who was always there for the team through thin and thick.

“And to our teeming fans, we say sorry and must confess that serious lessons have been learnt from what transpired this season, which will guide us as we prepare to plan for the future.

“Like every other human being, we agree: we made some mistakes along the line and all effort to put things right did not work. We cherish your unalloyed support and pray that God give us the wisdom to get it right like we did two seasons ago,” Moses Etu added.

Bail ruling for 7 teachers who forced pupils into indecent due...

International Friendly: 20 Super Eagles set to take the fight to...