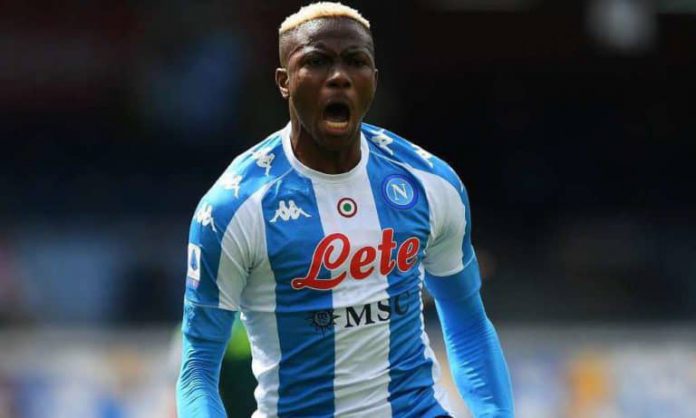 Tomori was a handful for the Napoli number 9 and prevented him from doing damage by any means necessary.

One of the talking points of the game was the penalty not awarded to Napoli in the first half after Tomori intentionally fouled Osimhen by clipping his heels in the box and the video assistant referee did not check the incident.

Tomori was aware of the threat he would be facing prior to last night’s duel with Osimhen having faced the Nigerian on two previous occasions, including in a Champions League game between Lille and Chelsea in 2019.

Speaking to DAZN post-match, the England international was asked to name the most difficult forwards to contain in the Italian top division.

Tomori replied: “There are many strong forwards in Serie A, obviously Osimhen, tonight’s opponent, is very strong: fast and difficult to mark.

“But there are also Beto, Lautaro, Dzeko, and many other strikers in this league. All very strong. But both when I play with Pierre and Alessio we play our game to avoid threats”.

Osimhen has not scored against the so-called big three clubs in the Italian top-flight Juventus, AC Milan and Inter Mlan since joining Napoli in 2020.

5 more strikers which Arsenal could realistically look to sign this...