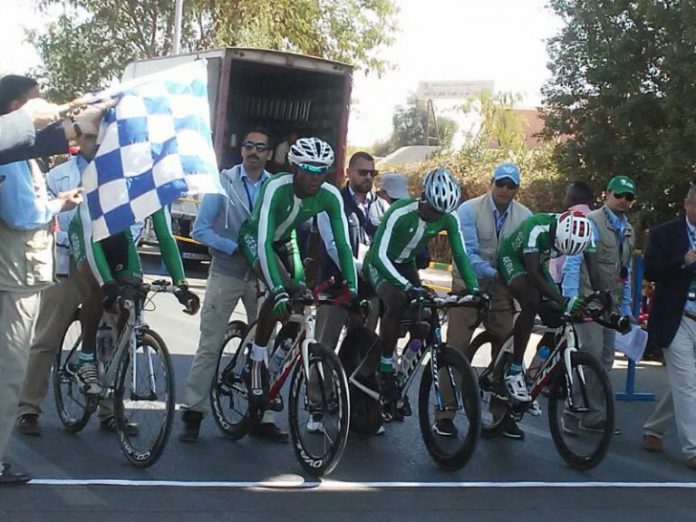 Five Team Nigeria female cyclists have arrived in Scotland for the UCI Nations Cup in Glasgow. The competition, billed to pedal off from April 21-25, doubles as Paris 2024 Olympic qualifiers.

Other members of the continent to Glasgow are the Italian coach approved to assist Nigeria for the Olympic qualifiers by the World Cycling ruling body, Vincenzo Ceci, Coach Angela Okoro and a mechanic Auwalu Yakubu.

Sponsored by the President of the federation, Chief Giandeminico Massari, the athletes left for Glasgow via the Murtala Mohammed Airport Lagos, Monday night.

Prior to their departure to Scotland, the team had camped for 47 days in Abuja under the watchful supervision of coach Ceci. The cyclists and officials are expected back in the country on Wednesday April 26.