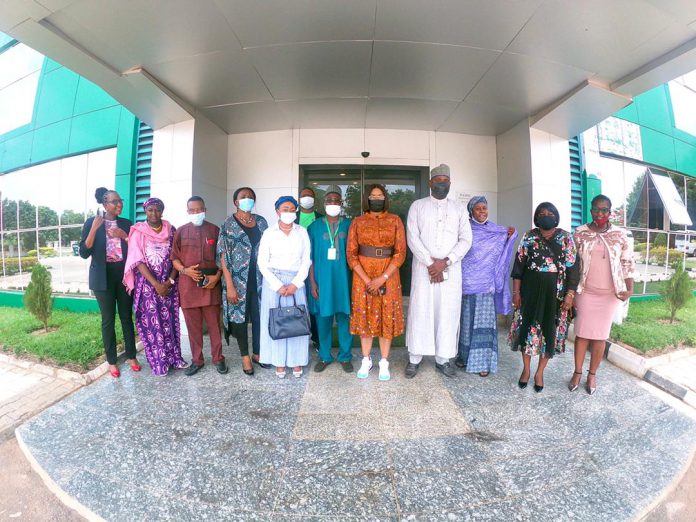 President of the Nigeria Football Federation and FIFA Council Member, Mr Amaju Melvin Pinnick on Thursday mandated members of the Federation’s Women’s Football Committee to reflect deeply and enact policies and strategies that would spur the development of Nigeria women football from the grassroots.

Speaking at the formal inauguration of the committee, Pinnick, who was represented by the Member of Executive Committee and Chairman of the Kano State Football Association, Alhaji Sharif Rabiu Inuwa, noted that Nigeria has remained at the very top of the women’s game in Africa for the past three decades but must now break through into the global elite circle and creditably challenge for honours at that level.

“We know the quality of each and everyone of you and what you are capable of; that is why we have appointed you into this venerable committee. The NFF will give you all the support to meet regularly and come up with policies that will drive Nigeria women football to a higher pedestal.

“We have won everything that is there to be won in Africa; it is time to challenge for honours at the FIFA World Cup and the Women’s Olympic Football Tournament.”

NFF General Secretary, Dr Mohammed Sanusi assured the committee of the NFF Secretariat’s full support in the discharge of its duties and responsibilities, saying the entire NFF leadership is passionate about women’s football.

Responding, Chairman of the committee, Hon. Ayo Hulayat Omidiran thanked the NFF Executive Committee for the confidence reposed in the members, and pledged that the members would work hard towards taking women’s game in Nigeria to higher heights.

“We are aware that the President and the leadership of the secretariat are passionate about women’s football. Approval for us to hold this physical meeting is prove of the leadership’s good intention towards this panel, and are determined to justify the confidence reposed in this committee.”

Diogo Jota hoping to be like new signing for Liverpool