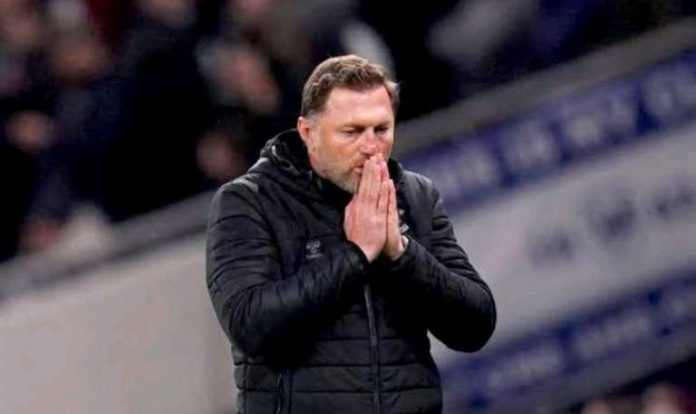 Following their poor performance in the ongoing 2022/2023 English Premier League season, Southampton FC who has Nigeria’s Super Eagles midfielder Joseph Aribo in its payroll has sacked its manager Ralph Hassenhuttl.

The German gaffer was responsible for the acquisition of a Nigeria international from the Scottish club Glasgow Rangers.

The club management on Monday morning announced the sacking of the coach through an official statement.

Hasenhüttl, who was appointed in December 2018, departs having made a significant contribution to the club, overseeing some memorable results and also playing a key role in the development of our club infrastructure, identity and playing squad.

However, we now believe it is an appropriate time to make a change.

“Everyone involved with the club would like to express their sincere thanks to Ralph for all of his efforts, as well as the unwavering commitment he has shown throughout his time as manager.

“First Team Lead Coach Rubén Sellés will take charge of the side on an interim basis for our game on Wednesday night.

The club will be announcing a permanent replacement in due course”, the statements conclude.