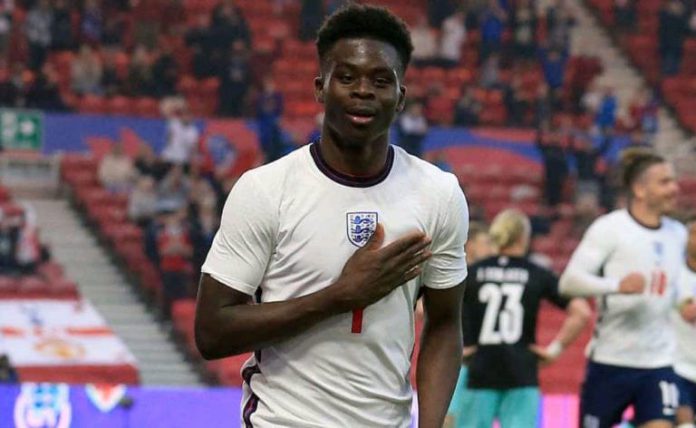 Aaron Ramsdale has backed Bukayo Saka to step up and take a penalty for England at the World Cup after praising his Arsenal team-mate for his “impeccable” response to the fallout from his heartbreak at Euro 2020.

Having missed the deciding penalty in the final shoot-out defeat to Italy, Saka was subjected to racist abuse – as were Jadon Sancho and Marcus Rashford, who were also unsuccessful from the spot.

Saka has scored every spot-kick he has taken for Arsenal since his Wembley miss, including in big games against Chelsea, Manchester United and Liverpool.

Asked if he felt Saka would still take one for England, Ramsdale replied: “Absolutely. He is three from three since that day.

“I think he has realised it was just something that happened to him and he would not shy away from that because he is that type of person. He knows the feeling now and hopefully next time he steps up he can put the ball in the back of the net.”

The respective club form of Ramsdale and Saka – along with defender Ben White – means the Gunners have three representatives in Gareth Southgate’s World Cup squad.

Saka has certainly let his football do the talking as he ended last season as Arsenal’s top goalscorer and has so far this year been one of their standout players as they sit five points clear at the Premier League summit.

“Impeccably, probably,” Ramsdale replied when asked how he felt Saka had handled the miss and subsequent abuse last year.

“The kid’s a lovely boy, he has time for everyone, works super hard throughout every week. Very, very rarely misses a training session and used all that motivation of criticism but also more so the love that everyone gave him, gave him an extra boost.