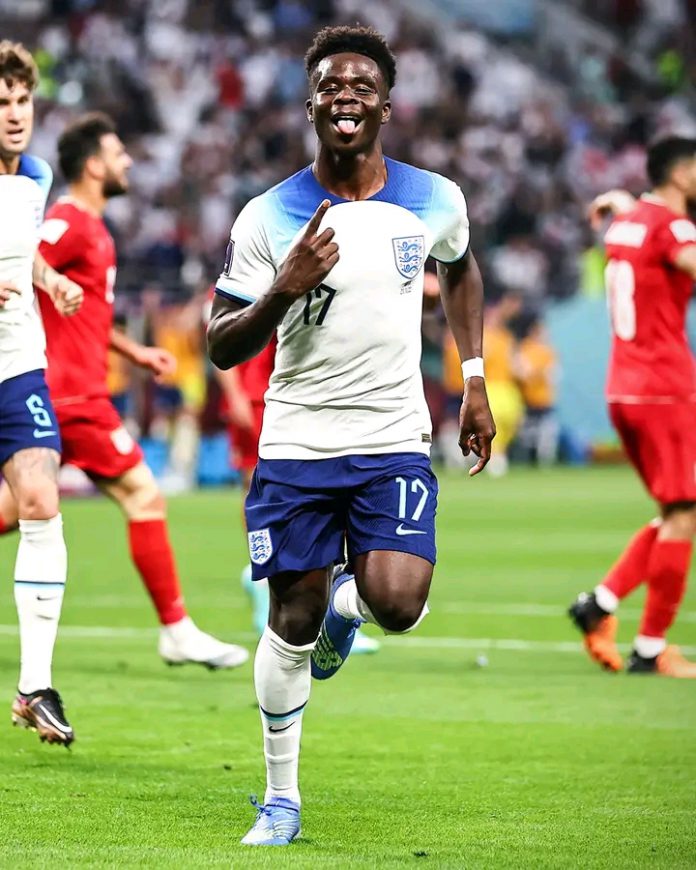 England’s Fifa World Cup campaign opened in thoroughly convincing fashion as they outclassed Iran during an incident-packed match in Doha.

The game was played out against the backdrop of more off-field controversy here in Qatar after England were forced to ditch plans to wear the OneLove armband promoting diversity and inclusivity under threat from Fifa of players being cautioned should they carry out the gesture of support.

Gareth Southgate’s side strolled to victory, with Iran’s hopeless plight made worse by the early loss of goalkeeper Alireza Beiranvand to concussion after a clash of heads with team-mate Majid Hosseini.

Jude Bellingham got England off the mark in this World Cup with a soaring header from Luke Shaw’s cross 10 minutes before the break and the game was wrapped up before half-time thanks to Saka’s fine strike and Raheem Sterling’s classy volley with the outside of his foot from Harry Kane’s cross.

Iran’s supporters were given a moment of real delight when Mehdi Taremi scored a fine goal after 65 minutes but it only produced a ruthless response from England as Saka scored his second and substitute Marcus Rashford scored with his first involvement – both smooth, composed strikes.

To put the gloss on an incredibly dominant display, Jack Grealish slotted home from close range after a good run and pull back by Callum Wilson.

Iran did pull another back in injury time when Taremi slotted in a penalty after a John Stones foul.

It is almost impossible to deliver any firm judgement on England’s World Cup prospects given the paucity of Iran’s opposition but this could hardly have gone better for Southgate as his one major selection decision reaped a rich dividend and the result was almost perfect.

Pele: Brazil legend says he is ‘strong with a lot of...