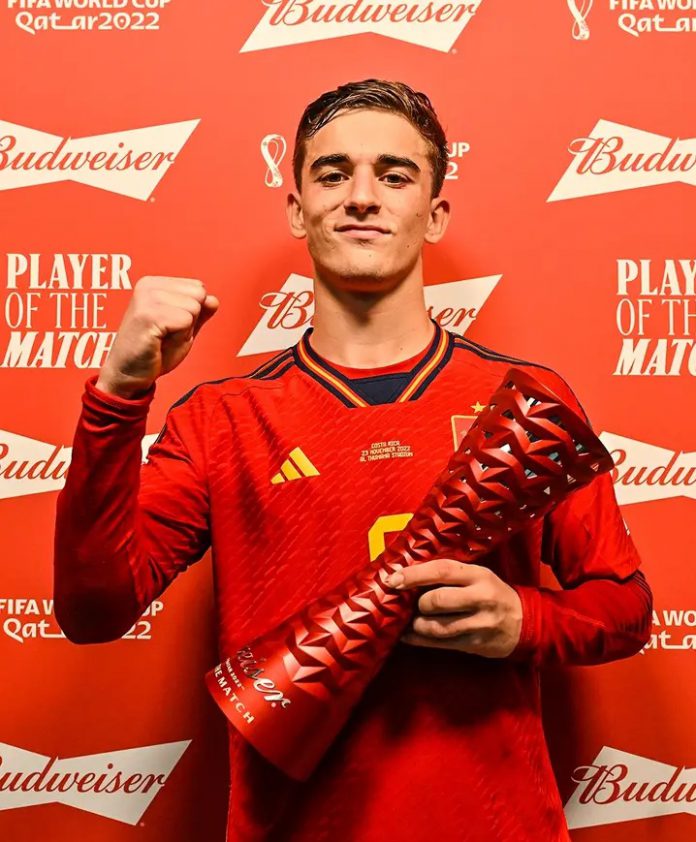 Spain midfielder Gavi’s goal in his team’s 7-0 thrashing of Costa Rica on Wednesday made him the youngest World Cup scorer since Brazil great Pele in 1958.

Pele was 17 in Sweden when he led Brazil to their first World Cup title, scoring six goals.

Gavi, 18, also secured the game’s MVP award after becoming the youngest Spaniard to score at a World Cup, breaking the record of Cesc Fabregas who was 19 when he netted against Ukraine in the 2006 tournament.

“I’m happy for the accomplishments but what I really care is that we won and played a great game, let’s move forward,” Gavi told a news conference.

“Of course, it’s an honour to be second in this list and it’s something that makes me really happy.”

Gavi scored Spain’s fifth goal in the 74th minute with a sumptuous volley in off the post after a floating cross from Alvaro Morata.

Ferran Torres bagged a brace and strikes from four other players took Spain past the 100-goal mark in soccer’s showpiece tournament.