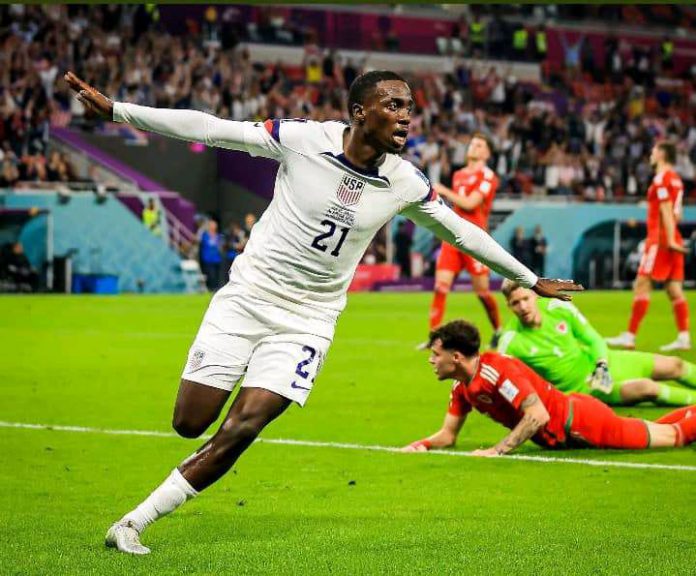 Timothy Weah says it was ecstasy for him as his father, Liberia’s President George Weah was in the stands to watch him score his first World Cup goal.

The Lille striker broke the deadlock in USMNT’s World Cup opener against Wales, but his goal in the first half was not enough to take the three points home as Gareth Bale levelled the score with a penalty kick in the second half.

Milan legend Weah, the 1995 Ballon d’Or Winner, was in the stands to watch his son make his debut in the competition where he never got to play as a footballer.

“He was here with my mum and my uncle, it was great to see my parents up there and to score was a blessing. To score in a World Cup, it’s something I’ve been dreaming of for my whole life,” Weah Jr. told Rai Sport in Italy.

“Now it’s time to focus on the next game, get back in training and work on stuff with the boys to do better.”

Has he learned Italian thanks to his father?

“I don’t, even though he spent a lot of years there”

Gift of the Givers comes to aid of Turkey and Syria...