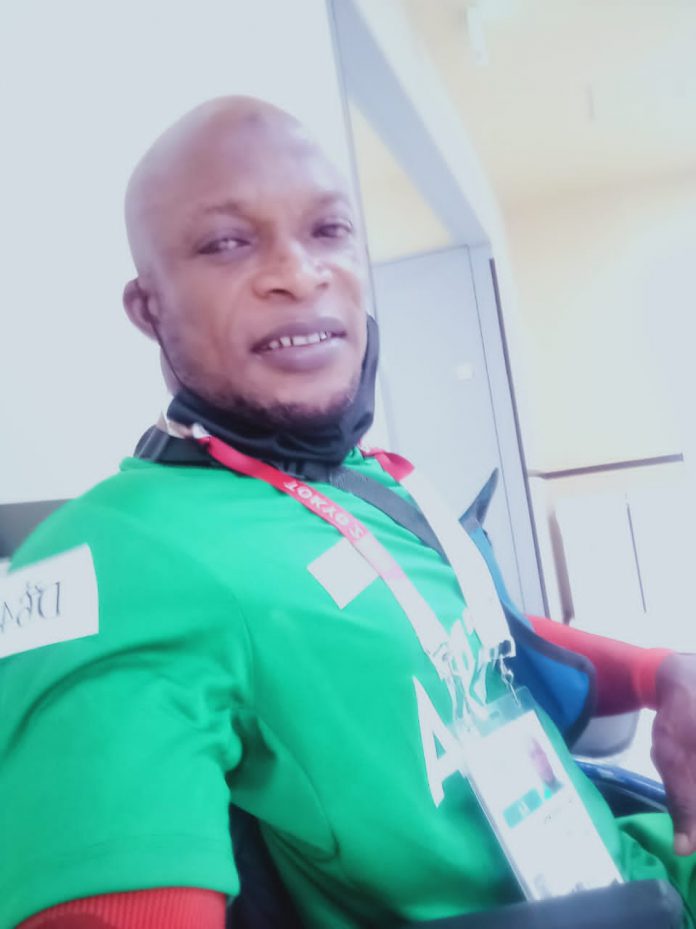 Nigeria’s Yakubu Adesokan has attributed his inability to win medals at the ongoing Paralympics games to COVID 19 lockdown.

Adesokan who contested in 49kg category placed forth position against all expectations.

The Ibadan boy former Olympic medalist was among the athletes to the games that has been listed in gold medal category but surprisingly failed to make it to the podium.
Speaking exclusively to Tribunesport Tuesday by via telephone conversation said he was not happy with the outcome of the result but still have every reason to thank God.

According to him, “I arrived Tokyo in the morning of my event and didn’t have enough time to rest or train at all and this was as a result of the COVID 19 test I did which was positive and I had to do another one. At a point,the result was negative, the second positive and at another point, it was negative and positive, so I had to be quarantined for 14days and as a result of this I was unable to train and if you dont train for just a day, you will need two weeks training to catch up talkless of not training for 14days “, he said.

Speaking further, the issue was compounded when I flew for two days when I was cleared only to arrive Tokyo ans still went through rigorous medical test as stipulated by Japanes goverment and this took another hours before I was cleared and I went straight for the event without rest. This really affected me, if I had two or three hours rest I will still make silver but above all, I thank God for making the games. I used to lift 170k or 172kg but due to what happened, I was unable to make the podium despite all hope on me and thanks to Mr Peter Nelaon who ensured that I made the trip despite all obstacles”, he said. He however ruled out the possibilities of retirement from the games saying there is no age limit in para Powerlifting.

He said, “I am not considering retiring from the sport. Those we compete from other countries are older than us. It is only injury that can force us into retirement but for now I pray to Allah to bring back my glory and Allah will surely do it”, Adosokan said confidently.

Isolated showers and thundershowers expected in Gauteng on Wednesday

Football Index falls into administration and has Gambling Licence suspended

India 2022: My Team Determined To Do Nigeria Proud- Olowookere