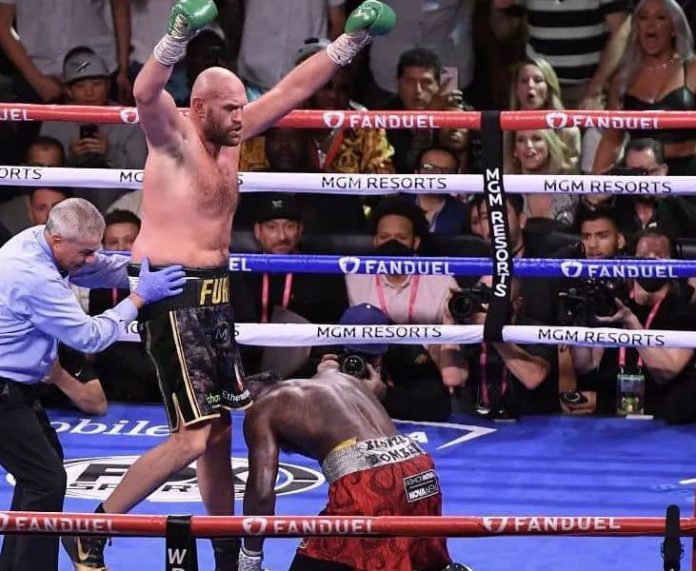 Andy Ruiz Jr and Joseph Parker have emerged as potential opponents for Tyson Fury should a fight against Dillian Whyte fail to materialise. Earlier this month Whyte was officially made mandatory challenger for Fury’ s WBC heavyweight championship.

The two camps are currently in a free negotiations period, giving them 30 days to agree a deal or purse bids will be called.
Although both camps seem willing to make the fight happen, there has been no firm update over a deal being close to completion.

Now Fury’s American promoter Bob Arum says either Ruiz Jr and Parker could be next up for the Gypsy King.

Arum told talkSPORT: “If we can’t come to a deal with Dillian Whyte, we’ll do a fight for the Ring Magazine belt and the ‘lineal’ title and we’ll pick another opponent.

“We’ve got to get Tyson back in the ring by the end of March – Frank [Warren] and I are determined to come to him with an opponent that’s acceptable and we’d love to do that fight in Cardiff.

“Andy Ruiz Jr is a possibility. Joseph Parker I see had a good victory over Derek Chisora – that could be a possibility. “And we’re looking at a couple of other names that might be appropriate.”

Parker has been close friends with Fury for years, with the two training together ahead of Fury’s third bout with Deontay Wilder and Parker’s recent win over Chisora. Ruiz Jr, meanwhile, has fought just once since his rematch against Anthony Joshua two years ago.

The American has been rumoured to fight Wilder in Mexico, but could earn himself a shot at the title should a fight with Fury be agreed. Fury and Whyte have around two weeks left to agree a deal for a fight.