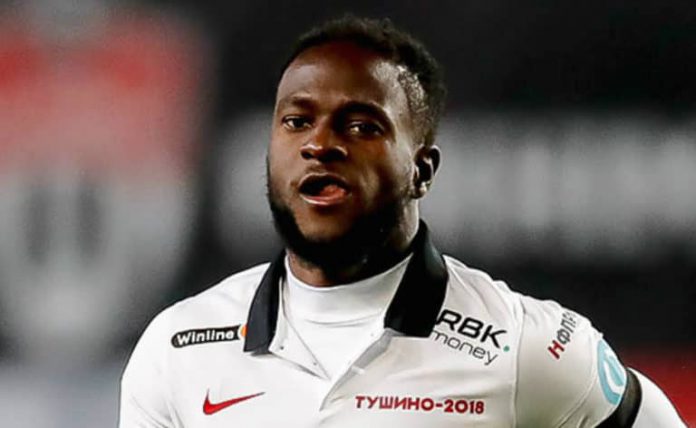 After the summer vacation, the former Nigeria international did not come to Spartak Moscow’s training camp to begin preparations for the 2022-2023 Season, without explaining the reasons for his conduct.

The 22-time Soviet Top League and Russian Premier League champions revealed that they are investigating the circumstances of Moses’s decision not to report for pre-season training, adding that his contract has not been suspended.

Bilyaletdinov highlighted that Moses should have made his intentions clear over his future at Spartak Moscow instead of chickening out and added that the 2013 Africa Cup of Nations winner acted unprofessionally.

“Such actions are not respectable. If you want to break the contract, you need to come and express your position like a man, ” Bilyaletdinov said to Sports24.ru.

“In Spartak, people are not stupid. But hiding, hiding and not getting in touch is not worthy of a professional. Especially at the level of Moses. “I’m shocked by this. It would be nice if a player of a smaller caliber did this. But Moses has to behave solidly.

“If it so happens that he will no longer play for Spartak, it will be a big loss for the club. He proved to everyone that he is a high-class player.”

Moses has been involved in sixteen goals (7 goals, 9 assists) in 53 appearances since moving to Spartak Moscow, first on loan before signing a permanent deal last summer. Born in Nigeria, the 31-year-old Moses also has a British passport.

Security Breach: Bayelsa United Gets 3 Points And Goals Deduction, To Cough Out N1.750m As Fines

Market volatility and how to handle it in forex trading

Why Cristiano Ronaldo was benched in Switzerland’s match

Eguavoen: Ndidi Can Become Best DM In The World