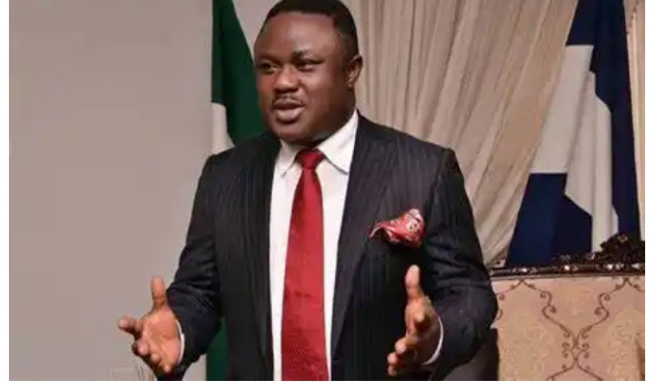 Governor Ben Ayade has been affirmed as the All Progressives Congress(APC) senatorial candidate for Cross River North by a federal high court sitting in Abuja.

Justice Nkeonye Evelyn Maha who presided over the case, dismissed a lawsuit filed by Cecilia Odey against the Governor.

Odey who scored no vote in the senatorial primary which Martins Orim initially won, filed a lawsuit challenging the fresh primaries that the APC conducted on the 14th of July 2022 following the voluntary withdrawal of Orim for Ayade in pursuant to S. 31 and 33 of the Electoral Act 2022.

Her lawsuit was dismissed for being in non-in-compliance with the provisions of the Electoral Act, APC guidelines and constitution of the Federal Republic of Nigeria.

Justice Maha who noted that her claim cannot be proven by any material fact, declined to accept the argument that the fresh primaries were re-run elections and not by-elections.

The judge added that the requirement of giving notice as contemplated under the Electoral Act is not to notify the plaintiff (Cecilia) but INEC.

Are you people not tired of seeing shege? – Content creator, Mr Macaroni, ask Nigerians as he wonders why fuel scarcity persists in 2023

OAP Nedu’s ex-wife, Uzoamaka shades him after he reveals how he...

Why I have never been married — Kemi Olunloyo